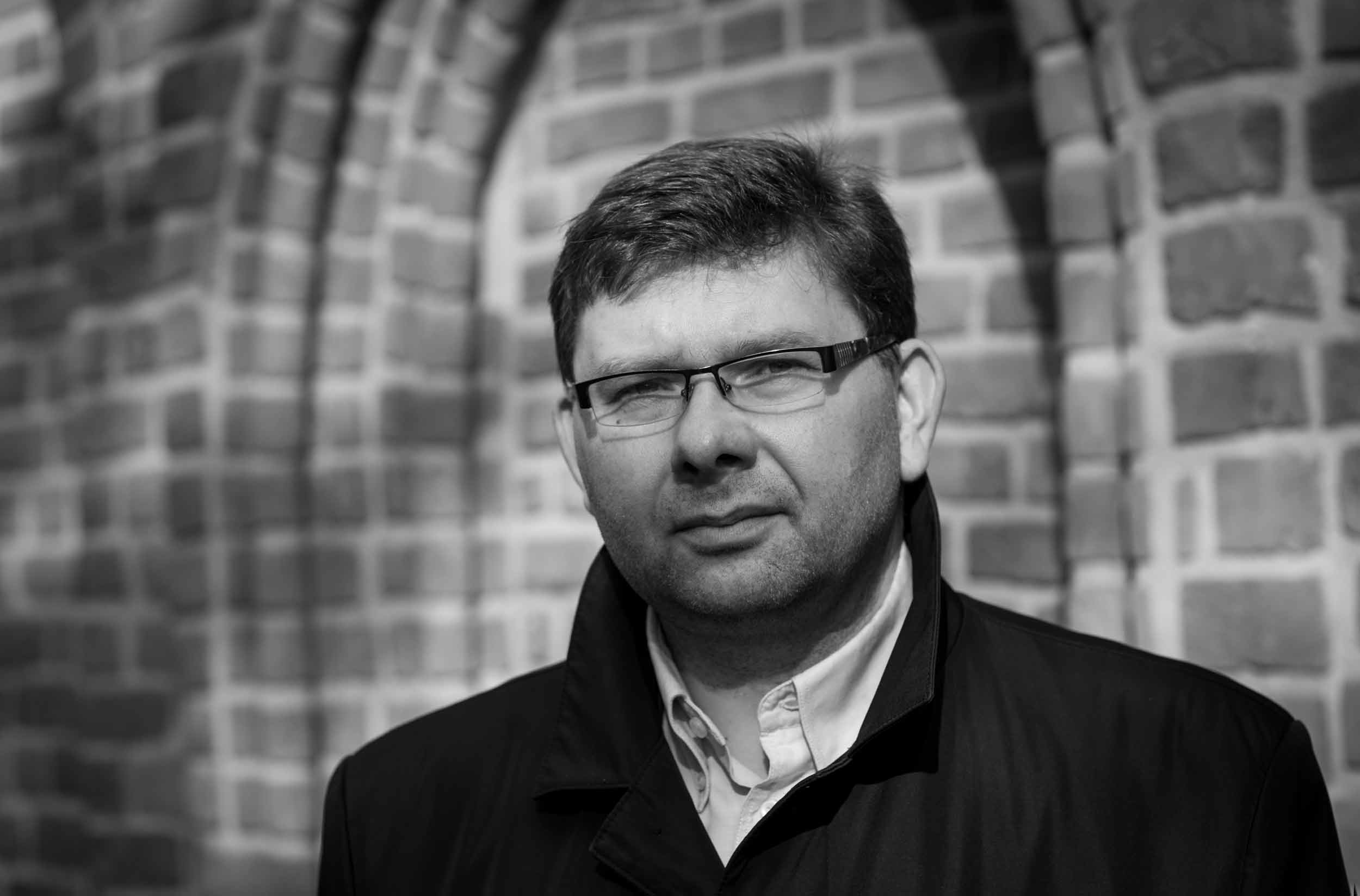 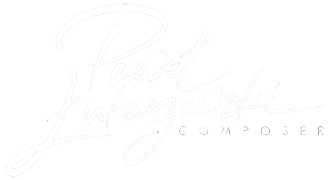 PAWEŁ ŁUKASZEWSKI One of the leading representatives of Polish sacred and choral music, he is regarded as the successor of such composers as Henryk Mikołaj Górecki, Krzysztof Penderecki, Arvo Pärt and John Tavener.

Born in Częstochowa in 1968, he is a graduate of the Fryderyk Chopin Music Academy in Warsaw, where he studied the cello (with Andrzej Wróbel, diploma in 1992) and composition (with Marian Borkowski, an honours diploma in 1995). He has been on the faculty of the Fryderyk Chopin University of Music since 1996, holding a Ph.D. in composition and the title of Professor. In 2016 he was elected Vice-Rector. He worked as a visiting professor in Chile and Argentina (2003, 2006). Promoter of the honorary doctorate of the Chopin University of Music for Maestro Arvo Pärt.

His distinctions include First Prize at the Warsaw Music Academy Competition (1994), and Second Prizes at the 2nd Young Composers’ Forum in Kraków (1994), the 5th Adam Didur Competition in Sanok (1996), the 27th International ‘Florilege Vocal de Tours’ Competition in France (1998).
He has received numerous awards for his compositions and recordings, (the Orphée d’Or de l’Académie du Disque lyrique, Orphée d’Or – Prix Hector Berlioz, ten ‘Fryderyk’ Awards of the Polish recording industry). His honours include the Commander’s Cross of the Order of Polonia Restituta (1998), the awards of the Mayor of Częstochowa (1995) and the Rector of the Music Academy in Warsaw (2005), the Saint Brother Albert Chmielowski Award (2006), the Bronze Gloria Artis Medal of Cultural Merit (2011), the award from the Primate of Poland (2011), the Jerzy Kurczewski Prize (2015), the Blessed Michał Sopoćko Memorial Award (2017) and the Feniks Award of Polish Catholic Publishers (2017, 2018).

He has served as the Director of the International Festival ‘Laboratory of Contemporary Music’ (since 1995) and as President of the Musica Sacra Association (since 2000). He is a member of the ZAiKS Association of Authors and Composers, the Presidium of the Council of the Phonographic Academy and of the artistic council of the Gaude Mater International Festival of Sacred Music in Częstochowa. He has sat on the juries of the composers’ competitions in Arezzo, Moscow, and Bucharest. He is Artistic Director and Conductor of the ‘Musica Sacra’ Choir of the Warsaw-Praga Cathedral and of the Musica Sacra Edition.

In recent years Paweł Łukaszewski’s music has gained a high recognition in Britain. His works have been performed (and some premiered) by such renowned choral ensembles as The Holst Singers, BBC Singers, Trinity College Choir, Tenebrae, Britten Sinfonia and Polyphony under the direction of prominent conductors Stephen Layton and Nigel Short. Two CDs devoted exclusively to his music have been released by Hyperion.

'We live in a renaissance of sacred choral music, epitomized by the highly expressive, intensely devotional compositions of Pärt, Taverner, Górecki, MacMillan, Lauridsen, and others. It hardly seems reckless to predict that this will one day be regarded as a golden age. And on the strength of this program, the first major release devoted to this work, it is clear that Polish composer Paweł Łukaszewski (b 1968) belongs in this company of titans.'

'One of the most talented composers of the young generation’, ‘a distinct, strongly-outlined indivi¬duality’, ‘a composer of rare talent’ – these are just some examples of the words of praise which Paweł Łukaszewski has earned from critics. They also stress that the composer’s media success is a reflection of the high artistic merit of his music.'

‘...Łukaszewski [...] is a distinct and strongly outlined individuality. He writes expressive music, often of a motoric character, based on heterophonically accumulated, obsessively repeated motifs. He has an excellent sense of musical form…’

'Łukaszewski’s pieces stand out amongst those of other composers of the young generation not only for their stylistic originality but also for their excellent feel for the choral genre, a perfect command of texture and, last but not least, a respect for the text.'

None of the Polish composers of the young generation have managed to create in choral music such a perfect blend of modernity and the sacred. And even though ‘epoch-making’ composers can rarely be included in the realm of popularity, in Łukaszewski’s case his media success is a direct outcome of his musical perfection.’

'Despite his young age, Łukaszewski has an extensive output, particularly in choral music, in which he moves with great ease, creating music in line with the truth of his own style, of idiomatic simplicity and deep expression.'